Confused by the workings of Congress? You’re not alone! The inner mechanics of Congress are complex and can be confusing, even to Members of Congress and congressional insiders. Last week, the Select Committee on the Modernization of Congress issued its first set of recommendations aimed at making the institution more transparent and efficient so that the American public—and Members themselves—can gain a better understanding of what is actually happening in the House of Representatives.

Members from both sides of the aisle, including House leadership, praised the committee for this first major step: 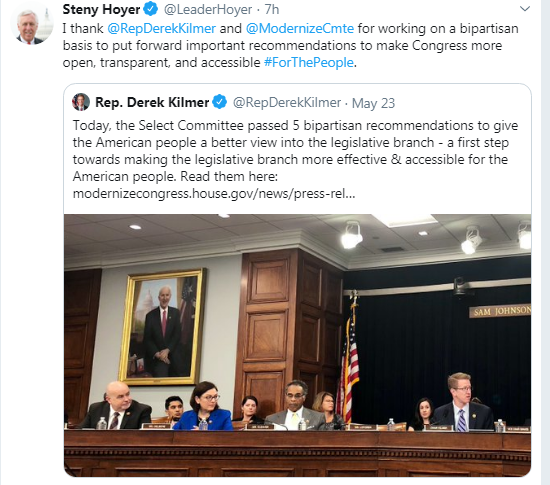 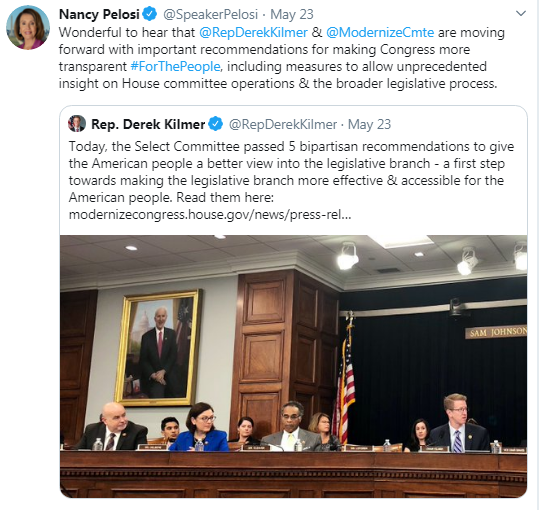 Republican Leader Kevin McCarthy said, “Congress is a complex institution whose inner-workings can be unclear even to experts. I am thrilled that the Committee on Modernization has recommended several thoughtful changes that will make Congress more open and accessible. All Americans are set to benefit. Just as C-Span brought Congress into the television age 40 years ago, the Committee’s reforms will help guide Congress on the path to the digital age. Centralized, standardized, and timely data organization is long overdue, and it will go a long way towards informing the public on the legislative process.”

House Republican Whip Steve Scalise said, “The People’s House should stand open and accountable to the people we serve. I commend the Select Committee on the Modernization of Congress for arriving at bipartisan, common-sense solutions to foster transparency in Congress. Transparent governance is free and efficient governance, and the American people should expect nothing less.”

But what do these recommendations mean for you and for Congress’s ability to govern?  Outdated technology has made it difficult and for the public to understand and access what is happening in their own government and for Members of Congress to do their work. Among the committee’s recommendations are establishing a standardized format for drafting, viewing, and publishing legislation and providing for real-time comparison to current law. These recommendations are a win-win for both Congress and the American people: They would benefit Members by making proposed changes and their ramifications more easily and quickly identified, and the public by making congressional proposals and action more accessible.  The measures would add a level of transparency to Members’ work by allowing the public to search committee votes, making it easier for Americans to engage with legislation affecting their day-to-day lives.

Additionally, the Modernization Committee has proposed developing a centralized electronic HUB that would list all authorized program expiration dates by committee. For years, Congress has paid little attention to reviewing and reauthorizing existing federal programs, which means a last-minute scramble to fund critical programs, like health care for veterans.  A central list of program expiration dates would allow committees to have a more strategic focus.

Not only do these recommendations address both the needs of the chamber and the American public by bringing greater efficiency and transparency to the lawmaking process, they also signal a significant first step in bipartisan efforts to modernize the institution to work better on behalf of the American people. It’s a big win and momentum-builder! Now, it will be critical for Congress to act on these recommendations to create a government that’s more accessible and efficient.